Exploration, insight and imagination are vital ingredients in Melvyn Tan’s blend of artistic attributes. He established his international reputation in the 1980s with pioneering performances on fortepiano and continues to cast fresh light on music conceived for the piano’s early and modern forms. Tan possesses a profound understanding of his instrument’s history, its technical evolution and musical development. His performances of piano masterworks, whether on a late eighteenth-century fortepiano or today’s concert grand, penetrate the surface of interpretive traditions and received wisdom to reveal countless expressive nuances and rarely heard tonal contrasts. Acclaimed for the wit and poetry of his playing, Tan has also received ovations for his bold programming and exceptional ability to switch from fortepiano and modern piano, even in the same recital. 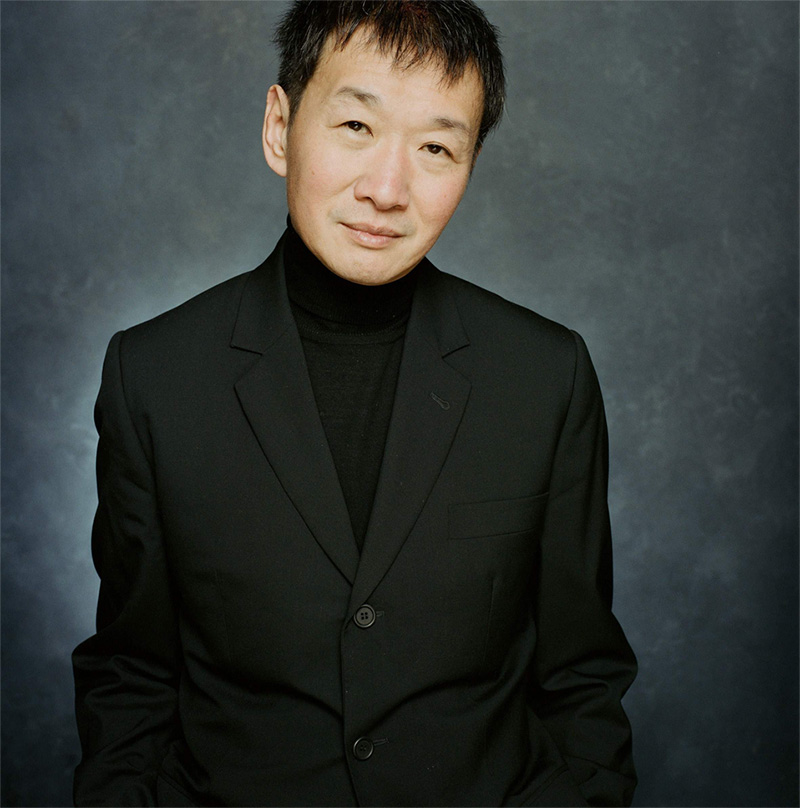 Exploration, insight and imagination are vital ingredients in Melvyn Tan’s blend of artistic attributes. He established his international reputation in the 1980s with pioneering performances on fortepiano and continues to cast fresh light on music conceived for the piano’s early and modern forms. Tan possesses a profound understanding of his instrument’s history, its technical evolution and musical development. His performances of piano masterworks, whether on a late eighteenth-century fortepiano or today’s concert grand, penetrate the surface of interpretive traditions and received wisdom to reveal countless expressive nuances and rarely heard tonal contrasts. Acclaimed for the wit and poetry of his playing, Tan has also received ovations for his bold programming and exceptional ability to switch from fortepiano and modern piano, even in the same recital.
Tan’s mature musicianship is informed by extensive knowledge of the piano from the time of its invention three centuries ago and of its historic development. He has reached back in time to perform on everything from copies of early fortepianos to restored instruments associated with Beethoven, Chopin, Liszt and Brahms. In addition he has applied lessons learned on pianos from the past to conjure subtle new colours, fine details of articulation and delicate shadings from the modern concert instrument. Tan’s work as recitalist, chamber musician and concerto soloist has been heard at many of the world’s leading concert halls, from the Amsterdam Concertgebouw and Vienna Konzerthaus to London’s Wigmore Hall and Royal Festival Hall and New York’s Lincoln Center, and at the festivals of Salzburg, Edinburgh, La Roque d’Anthéron, at Bath’s Mozartfest and City of London festival.
In recent seasons Tan has connected with audiences across China and South East Asia, introducing many to their first experience of fortepiano and attracting young people to attend recitals on early and modern pianos. Others have discovered his work through his large discography, complete with ground-breaking fortepiano recordings of concertos by Mozart and Beethoven and Schubert’s Impromptus for EMI Classics, and releases on the Archiv, Deux-Elles, Harmonia Mundi, NMC and Virgin Classics labels.
Melvyn Tan was born in Singapore in 1956. He showed prodigious musical talent during childhood and, at the age of twelve, came to England to study at the Yehudi Menuhin School. Tan’s piano teachers – Nadia Boulanger, Vlado Perlemuter and Marcel Ciampi – sparked his lifelong passion for French music in general and the works of Debussy, Ravel and Messiaen in particular. He was encouraged to think about the nature of music during his time at the Menuhin School, to consider its structure and shaping forces, and ask questions of the score. After Tan enrolled at the Royal College of Music in 1978, he broadened his scope of enquiry to include the sounds of early pianos and the playing styles that conditioned them.
Tan’s decision in 1980 to specialise in fortepiano, brave and forward-looking at the time, was rewarded by rapid professional progress over the following decade. He forged an enlightened artistic partnership with Roger Norrington and the London Classical Players, intensified in 1987 during the course of a landmark tour of Europe, America, Canada, Australia and Japan. Capacity audiences attended their Beethoven Experience weekend at London’s South Bank Centre and subsequent international tour, during which Tan performed on Beethoven’s Broadwood fortepiano of 1817.
Not content to rest in the box reserved for early music practitioners, Tan began exploring works on the modern concert grand piano. He launched this new phase in his career on Christmas Day 1996 with a performance of Mozart’s Piano Concerto No.9 ‘Jeunehomme’, given in Cologne in company with the Deutsche Kammerphilharmonie. The following year he gave a recital of Chopin’s Préludes and Schumann’s Kreisleriana at Wigmore Hall. Tan’s refreshing interpretations of everything from Bach and Rameau to Chopin and Debussy are directly informed by his knowledge of historical playing styles and intuitive feeling for the modern piano’s timbres and textures.
Tan has performed as concerto soloist with such prestigious ensembles as the London Philharmonic Orchestra, the Academy of St Martin’s in the Fields, the Hong Kong Philharmonic Orchestra, the Royal Liverpool Philharmonic Orchestra, Stuttgart Radio Symphony Orchestra, Salzburg’s Camerata and Mozarteum orchestras, Melbourne Symphony and on tour with the Australian Chamber Orchestra. More recently, Tan has made regular appearances with the Singapore Symphony Orchestra and with the London Chamber Orchestra, recording Mozart’s Piano Concerto No. 12 and Beethoven’s Piano Concerto No. 2 on the orchestra’s LCO Live label.
After an absence of three decades, Melvyn Tan made a triumphant return to Singapore. He played to a full Esplanade Hall in January 2011 and has since returned regularly to Singapore for orchestral and recital performances and to teach young musicians. Since September 2012 he has shared his knowledge of pianos old and new and of the art of interpretation as Artist in Residence at Singapore’s Yong Siew Toh Conservatory.

The London Times commented on his City of London Festival 2015 concert: “Yet the occasion had been transformed at its midpoint by Tan’s solo performance of Liszt’s Three Concert Etudes, S144. One wasn’t at all prepared for this modest manifestation of complete, devastating musicality. Virtuosity became poetry; phrasing became human breathing and the whole breadth of the keyboard was constantly commanded as though a single handspan. It was pianism as stirring and illuminating as any I’ve heard.”

Melvyn Tan marked his 60th birthday in 2016 with a UK tour with the Bruckner Orchestra of Linz, a Wigmore birthday recital broadcast live on BBC Radio, concert tours to Hong Kong, Singapore, Adelaide and Melbourne, the premiere at the Cheltenham Festival of a new work “Catching Fire” specially written for him by Jonathan Dove, and a CD of Beethoven, Czerny and Liszt – Master and Pupil– released on Onyx Classics. The Sunday Times commented that “The progression is from marvelousness to absolute delectation. His playing is always exquisite, but much more than that”
”Miroirs”, his new disc of Liszt, Ravel and Scarlatti is due for release in Spring 2019.

More recent appearances include concerts with the Wiener Akademie Orchester in Vienna, the Australian Hadyn Ensemble in Sydney and Canberra, Singapore’s re:Sound Collective, and recitals at the Meiringen Festival in Switzerland, the Hatfield Festival and the London Piano Festival, where he gave the world première of Kevin Volans’ latest work “L’Africaine”, with its highly complex rhythmic patterns evocative of Africa. The Daily Telegraph’s rare five star review commented: “Here Tan proved he has wrists of steel, in the hammered outbursts that burst like a shout of joy into the music’s incessant patterned weave. It was as bright and fresh as a Spring morning, and deeply moving.” His commitment to new music was underlined by performances of 12 world premières “Variations for Judith” at the Spitalfields and Cheltenham Festivals.

In addition to his concert and recording activities Melvyn Tan gives masterclasses at the Villa Medici-Giulini in Italy and at the Yong Siew Toh and Aureus Conservatories of Singapore. He is also a keen and long-standing supporter of Buskaid, the outstanding South African music project in a Soweto township, listed by Gramophone Magazine as one of the world’s ten most inspiring orchestras. On their 21stanniversary this autumn he will perform a Mozart concerto with them in Johannesburg’s Linder Auditorium.